Secured favorable outcome in arbitration for client in a claim by an insurance producer who claimed he owned his book of business and was entitled to more than $2 million following a sale of the company he worked for. Following a two-day arbitration, the arbitrator found for our client and awarded $770,000 in damages, attorney’s fees and $2.2 million in punitive damages after it was proved the claimant lied in his discovery responses and at deposition. 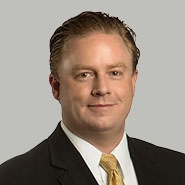