Served as counsel to the defendant in a matter in which the plaintiff sued an oral and maxillofacial surgeon in a case in Virginia (Virginia Beach) that involved the extraction of two wisdom teeth. Plaintiff alleged that defendant (i) failed to appropriately prescribe antibiotics both pre- and post-operatively, (ii) failed to detect the signs of an infection during his treatment, (iii) failed to timely order a CT or MRI scan or make an infectious disease referral to rule out an infection, and (iv) inappropriately administered a local steroid injection into a potential area of infection. Plaintiff was subsequently diagnosed with deep soft tissue cellulitis that later developed into necrotizing fasciitis. Plaintiff was admitted to a hospital for one month during which time approximately 15 surgical incisions and drainages were performed to debride the necrotizing fasciitis. Plaintiff had over 40 emergency department visits over the next three years allegedly due to defendant’s negligence. Plaintiff’s counsel requested $2 million in his closing argument. No settlement offer was ever made by the defense.  After a five-day jury trial, the jury returned a verdict for the defendant. 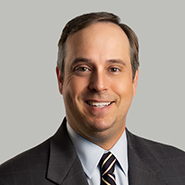