Armstrong Teasdale helped win the fourth largest 2012 defense verdict in Missouri for its role in a products liability case brought against TASER International Inc., according to Missouri Lawyers Weekly.

William Ray Price, Jr., a former Missouri Supreme Court chief justice, and Matt Reh, both partners in the firm’s Litigation practice group, were part of a team of lawyers who represented the company during the trial. Jerry Glas, of Deutsch, Kerrigan & Stiles in New Orleans, and David Ballard, of Barnes & Thornburg in Chicago, also represented the company. A listing of the top verdicts appeared in the Jan. 28, 2012, issue of Missouri Lawyers Weekly.

On December 13, 2012 a St. Louis Circuit Court jury ruled for TASER in a lawsuit alleging the company failed to properly warn about dangers associated with the use of an electronic control device. After about seven hours of deliberations and a trial that lasted a week and a half, the jury found that TASER was not liable. Missouri Lawyers Weekly valued the verdict at $9 million.

Reh, who focuses his practice on real estate and tort litigation, was previously honored as an “Up and Coming Lawyer” by Missouri Lawyers Weekly and had received the John Shepherd Professionalism Award from the Bar Association of Metropolitan St. Louis. He earned his J.D. from Saint Louis University School of Law and B.A. from the University of Notre Dame. 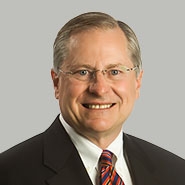 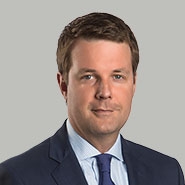