Missouri Lawyers Weekly has announced that Armstrong Teasdale Partners Tyson Ketchum and Jonathan Shulan have earned the fifth-highest bench award in the state of Missouri in 2021, for their work in Communications Unlimited Contracting Services Inc. v. Mid-Continent Casualty Company. As such, they will be honored at the Missouri Lawyers Awards among the Top Verdicts & Settlements of 2021.

In a case that took more than five years from start to finish, they secured judgment for an insurance client and its insured in the U.S. District Court for the Eastern District of Missouri for almost $2.4 million, in a matter concerning which of two insurers would pay for the settlement of an underlying civil action. Following jury and bench trials in favor of the client, the court awarded nearly all damages sought as well as more than $646,000 in prejudgment interest. The defendant agreed to pay the entire judgment plus costs and forego an appeal.

Ketchum’s work has been recognized by his peers and the legal community for several years. He has tried cases to verdict before courts in Missouri and Kansas and has argued before the Missouri Supreme Court, Missouri Court of Appeals and the U.S. Court of Appeals for the Eighth Circuit. Ketchum also serves as deputy general counsel at Armstrong Teasdale and is managing attorney of the firm’s Kansas City office.

Missouri Lawyers Weekly’s list of the Top Verdicts & Settlements was released on Jan. 10. Ketchum and Shulan will be among those honored at an awards ceremony on Jan. 27. 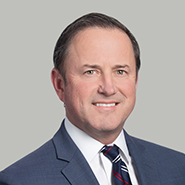 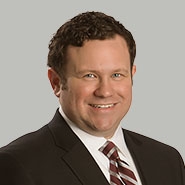