In 2004, Waldman’s client, a prominent Miami physician (the Physician), agreed to help his cousins and close friends Jorge Hakim Tawil and Alex Hakim Tawil start a drywall business in Colombia, their home country. Jorge was a fugitive from the United States, having fled while under indictment for bank fraud. Over time, with the Physician’s further support of his cousins, what had started out as a modest distribution business, Hanetec, became a manufacturing business called Gyptec S.A. It was agreed the two businesses would be equally owned (33.33% each) by the three cousins.

With the Physician’s help, Gyptec grew into one of Colombia’s most successful drywall companies. However, Jorge, through corporate improprieties, attempted to deprive the Physician of his 33.33% ownership interest in Gyptec. Jorge dismissed the Physician from the company’s board of directors and excluded him from profit distributions, information and participation in efforts to sell the business.

The Physician instituted proceedings in Colombia and Panama to redress the corporate wrongs committed by Jorge, who controlled 66.66% of the company after taking control of Alex’s shares upon his untimely death. Jorge also entered into negotiations with a large German-based company -- Knauf International Gmhb (Knauf) -- to purchase Gyptec and Hanetec (which had been rolled up into Gyptec for the sale).

The parties structured the deal in a manner that prevented the Physician’s consent as a shareholder of the company. Ultimately, the sale was consummated as an asset purchase in 2015 for $58.5 million. The Physician learned of the sale through a newspaper article and instituted proceedings in Colombia for remedies, but the process moved slowly. In 2017, the Physician learned that $20 million, roughly 33.33% of the sale proceeds, had been placed at closing in an account with Banco de Bogota Miami Agency (BDB Miami Agency) in Miami pursuant to an escrow agreement that acknowledged the dispute between Jorge and the Physician. BDB Miami Agency’s sister company Fiduciaria Bogota, S.A. (Fiduciaria), a Colombian entity, served as the trustee for the escrow accounts, with Jorge being its client.

Upon learning of the money being in Miami, the Physician engaged Glen Waldman and Michael Sayre of Waldman Barnett (now with Armstrong Teasdale) to pursue his 33.33% rightful interest and recover the escrow account. Miami-based Seqour Law teamed up with Waldman and Sayre in the effort. A lawsuit was filed against (a) Jorge/Gyptec for attempting to deprive the Physician of his interest in the company; (b) Knauf (and several subsidiaries) for assisting Jorge in improperly structuring the deal in a manner that deprived the Physician of notice of the sale and his 33.33% share of the proceeds; and (c) BDB Miami Agency and Fiduciaria for a lien on the escrowed funds. During the course of the litigation—and despite the outstanding lien claim— BDB and Fiduciara (with Knauf’s knowledge) dispersed the funds beyond the reach of U.S. courts to foreign bank accounts controlled by Jorge. As a result of this transfer, Waldman and Sayre, along with Seqour Law, amended the claims against Knauf, BDB and Fiduciaria to include claims for conspiracy and aiding and abetting in their assistance and interaction with Jorge relative to this wrongful transfer, as well as the manner in which Knauf structured the deal. An injunction was obtained requiring the return of the improperly transferred escrow funds. However, Gyptec/Jorge ignored the order and, as a result, a contempt order and an order striking Gyptec/Jorge’s pleadings were obtained. As to Knauf, BDB and Fiduciaria, the team successfully defeated multiple dismissal and summary judgment attempts, as well as various interlocutory appeals.

A jury trial commenced in the Miami-Dade courthouse on Dec. 6, 2021, and lasted 13 days. Prior to trial, the bank defendants brought in national counsel to try the case. Waldman, with the assistance of Sayre and the lawyers from Seqour – Ed Davis, Arnaldo Lacayo and Amanda Finley – led the trial team. After Waldman’s closing arguments and before the verdict was reached by the jury, a settlement was entered into with the bank defendants leaving the jury to deliberate on the claims against the various Knauf entities. The jury returned a verdict in favor of the Physician on all his claims and awarded the full damages requested by the Physician—$19.5 million (which, once interest is included, should increase the judgment to approximately $26 million). This complete victory for the Physician is one of the largest in Florida, and the United States, in 2021.

“There is little more rewarding than being able to achieve outstanding results for great people like our client and right the wrongs perpetrated by those involved here,” said Waldman. “Twelve years in the making, this jury verdict puts us near the end of an arduous journey and we couldn’t be more thrilled for our client and his family.” 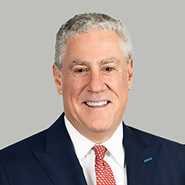 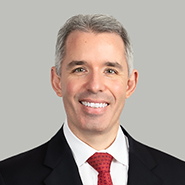