Shanon Hawk has worked in government affairs for over 29 years. Her primary focus is to advance the legislative and regulatory interests of ATGS clients. To that end, she maintains daily contact with members of the Missouri General Assembly, as well as statewide elected officials and many regulatory agencies.

In her role as the lead lobbyist for the Missouri Municipal League, Shanon works with local elected officials on a daily basis and has a substantial number of relationships throughout the state with local leaders. She also has significant experience in the development and administration of various interest groups, trade associations and grassroots organizations. She has worked on both local and statewide ballot initiatives. She is one of the lead strategists for the Missouri Local Leaders Partnership, which is an organization that brings together all locally elected officials, i.e. city, county, school boards, to work together on common interests. She is currently serving her fourth term as President of the Missouri Society of Governmental Consultants, which is an association for registered lobbyists that focuses on teaching compliance with the ethics laws to both legislators and lobbyists.

Shanon’s entire professional career has been dedicated to legal and legislative work. She has worked in law firms that range from small to very large. Her vast experience and historical knowledge of legislation before the Missouri General Assembly over the past quarter century is a valuable asset to our team. 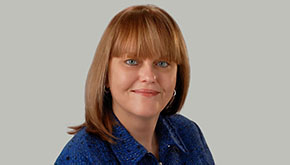