By a recent decision, the European Patent Office (EPO) have confirmed that as from 1 January 2023, applicants who have received a Rule 71(3) notice of allowance and who have not approved the text for grant, may request delay of issuance of the decision to grant. This delay is so that grant can take place after the Unitary Patent system comes into effect (expected 1 June 2023), so allowing a request for unitary protection to be filed.

Because the EPO will be closed for business 26 December through to the new year, and because of the EPO’s “10-day Rule” for official notifications, a request for delay to permit unitary patent protection may be possible where the notice of allowance is dated after 16 August 2022.

This does not affect the obligation to pay the grant fee and file translations by the due date set by the notice of allowance.

After 1 January 2023 it will also be possible to file an early request for unitary effect, to be acted on once a patent is granted. This means that as from the new year it will be possible to get the process of obtaining a unitary patent underway.

Unitary patents cannot be granted until the Unified Patent Court (UPC) is fully open. The UPC had been expected to open 1 April 2023, with a “sunrise” period during which opt-outs from the court could be filed, expected to start from 1 January 2023.

However, due to teething problems with the UPC’s IT, it has now been announced that the sunrise period will now start 1 March 2023 and the UPC doors open 1 June 2023. 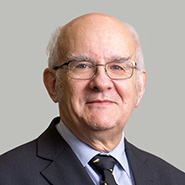