The new standard raises the bar on the new reasonable certainty test raises the bar on the “clarity and precision” with which patents must be written. As a consequence, the burden on accused infringers attempting to invalidate patents based on ambiguous language is lowered. This new standard will prove especially helpful in the ongoing battle against patent trolls, who often wield portfolios of ambiguous or overly broad patents in an attempt to extract licensing fees. Tech companies, including Google, Inc. and Amazon.com, Inc., which are frequent targets of patent trolls, urged the Supreme Court to adopt the “reasonable certainty” standard.

The new standard will also require more precision in drafting and prosecuting patent applications. Exactly how precise language will need to be remains to be seen, but the Court explained that the old standard incentivized patent applicants and practitioners to “inject ambiguity” into their claims. The new standard was established, in part, to eliminate this incentive. The Court commented that patent practitioners are in the best position to resolve ambiguity in patent claims. In light of the Supreme Court’s admonition, patent applicants and practitioners seeking broad coverage of their inventions should use language no broader than necessary to adequately cover their inventions.

The Supreme Court’s decision stemmed from a dispute between Biosig Instruments and Nautilus, Inc. Biosig sued Nautilus for infringement of a patented heart monitor for exercise machines, which registered electrical waves to estimate a user's heart rate. Nautilus convinced the trial court that Biosig’s patent was invalid as indefinite. Applying its “insolubly ambiguous” test, the Federal Circuit found the patent valid. Biosig sought review by the Supreme Court.

Justice Ginsberg delivered the opinion for a unanimous Court. As embodied in the Patent Act, a patent must include “one or more claims particularly pointing out and distinctly claiming the subject matter which the applicant claims as his invention.”

This notice requirement is satisfied, the Court held, where the claims of the patent, read in light of the specification and prosecution history, informs with reasonable certainty those skilled in the art about the scope of the invention. Like any property right, the boundaries of the patent monopoly should be clear. The failure to afford the public clear notice of what is claimed, “thereby appris[ing] the public of what is still open to them,” chills innovation by creating a risk of infringement in “zones of uncertainty.”

The High Court remanded the case with instructions that the Federal Circuit should no longer employ the “insolubly ambiguous” or “amenable to construction” tests of patent claim indefiniteness under 35 USC § 112, ¶ 2. These words can “leave courts and the patent bar at sea without a reliable compass.” While noting that the Supreme Court does not “micromanage the Federal Circuit’s particular word choice” in applying patent-law doctrines, Justice Ginsberg wrote, “we must ensure that the Federal Circuit’s test is at least ‘probative of the essential inquiry.’”

The Federal Circuit test, according to the High Court, “invoked a standard more amorphous than the statutory definiteness requirement allows.” In addition to breeding lower court confusion, the discredited “insolubly ambiguous” standard tolerated “some ambiguous claims but not others....” The Court’s new reasonable certainty standard requires more definite claim language. 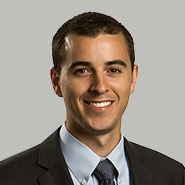