In the last few weeks, the USOC has sent a number of letters to companies that sponsor athletes (who now happen to be Olympians) but have no sponsorship relationship with the USOC or the IOC warning them not to discuss the games on their corporate social media accounts. Companies have specifically been told that they cannot use the trademarked hashtags "#Rio2016" or "#TeamUSA" in any of their postings. The letters also warn companies not to reference Olympic results or to repost or share anything from the official Olympic social media accounts, this includes use of any Olympic photos, logos, or even congratulatory posts to Olympic athletes. While media companies are largely exempt, all other commercial entities should carefully monitor their social media accounts for any Olympic commentary.

Olympic trademarks are the subject of intense legal protections around the world and the IOC and USOC will pursue alleged offenders regardless of their size. In fact, previous enforcement actions have ranged from trademark suits against small restaurants with the word "Olympic" in their names to issuing cease and desist letters to companies that used trademark hashtags such as #Sochi2014 during past games. Guidelines about Olympic brand usage can be found by clicking here. 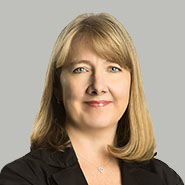