Obtained a favorable ruling from the Missouri Court of Appeals for the Western District on an issue of sovereign immunity. The Cole County Circuit Court initially granted summary judgment to a Missouri government agency for sovereign immunity in a case involving an auto accident. The appellate court reversed the decision, holding there was no immunity when the state agency was acting in the role of a contractor and not in an administrative capacity. 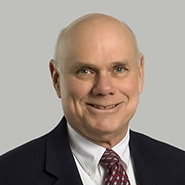