She regularly assists employers in developing policies and procedures and conducts internal investigations. Ida performs training seminars and has authored articles on best practices to help employers make informed decisions. She is co-editor of the Missouri Employment Law Letter, a monthly newsletter for HR professionals. In addition to her employment practice, Ida counsels on education matters, working with primary, secondary, and post-secondary institutions. She has worked on matters involving public record laws as well as claims arising under Title IX.

Prior to joining the firm, Ida was an associate at another St. Louis area law firm where she worked with municipal clients on a variety of matters, including the application of governmental immunities under state and federal law. She also has extensive experience in criminal law as a former assistant prosecuting attorney for the Greene County Prosecutor’s Office in Springfield, Missouri, where she managed over 400 criminal cases.

During law school, Ida clerked for the Missouri Attorney General’s Office, the United States Attorney’s Office for the Eastern District of Missouri, and prosecuted cases on behalf of the Boone County Prosecutor’s Office as a participant in the University of Missouri’s Prosecution Clinic.

“Ban the Box” Coming to the City of St. Louis 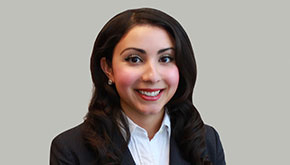