The Court held in a railway accident case, State ex rel. Norfolk Southern Railway Company, No SC95514 (MO. Feb. 28, 2017) that “[t]he plain language of Missouri’s registration statutes does not mention consent to personal jurisdiction for unrelated claims, nor does it purport to provide an independent basis for jurisdiction over foreign corporations that register [to do business] in Missouri.” Id.at *17.

More simply put: the decision will limit Missouri courts’ jurisdiction over foreign corporations that do business in the state, unless Missouri is their primary place of business. The Supreme Court relied on the 2014 decision of the United States Supreme Court in Daimler AG v. Bauman, 134 S. Ct. 746 (2014), and found that unless a foreign corporation is “essentially at home” in Missouri, merely having a presence in the state will no longer afford jurisdiction over corporations that are neither incorporated nor have their principal place of business in Missouri. Id. at 6-7, 9.

The Court noted that the exception to this rule may occur when a foreign corporation’s “contacts with Missouri are so extensive and all-encompassing that Missouri, in effect, becomes another home state.” Id.at *2

This decision is favorable for defendants who have previously had to litigate cases in venues chosen by plaintiffs, with no connection to where the case was filed or the facts of the case. 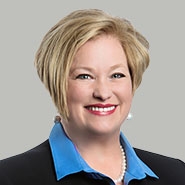