Bob Kaiser is a member of the Employment and Labor practice group representing emerging and mature businesses in the full range of labor and personnel-related disputes. Because employment and labor laws and regulations continue to evolve, he deftly guides management in creating “fences” and boundaries to assess risks and decrease litigation.

In the much litigated area involving wage and hour laws, Bob assists in determining the divergence between practical and business reality. He routinely defends companies in both individual and collective actions lawsuits involving denial of overtime pay and misclassification of employees. He also assists employers in Labor Department audits. Bob works proactively by determining potential risks, reviewing job descriptions and auditing payroll practices.

A portion of Bob’s practice includes traditional labor law, a focus he has had for more than 25 years. For small- to mid-sized organizations, he handles labor union relations such as union avoidance, collective bargaining, elections, strikes, picketing and other work stoppage issues and reduction-in-force planning. He routinely arbitrates conflicts between management and the labor unions and appears before the National Labor Relations Board.

As counsel to both public and private sector employers, including manufacturing companies, health care providers and governmental entities, Bob advocates in employment matters throughout the country involving discrimination and wrongful discharge. His cases involve federal and state laws including the Family and Medical Leave Act (FMLA), Title VII of the Civil Rights Act, the Americans with Disabilities Act (ADA), the Age Discrimination in Employment Act (ADEA), state antidiscrimination statutes and the Uniformed Services Employment and Reemployment Rights Act (USERRA). He frequently appears before state and federal courts, the Equal Employment Opportunity Commission, the Missouri Human Rights Commission, the Illinois Department of Human Rights and the Department of Labor/Wage and Hour Division.

Bob is particularly knowledgeable with respect to complicated business deals, executive employment agreements, compensation plans, change-in-control agreements, confidentiality and non-compete agreements. He also conducts workplace training as part of management leadership programs and speaks to a wide variety of audiences on divergent subjects such as family and medical leave, age discrimination and wage and hour law. 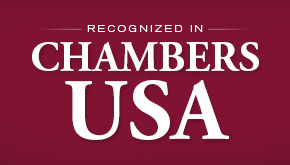