Holding a meeting of shareholders in a New York cooperative has been problematic during the COVID-19 pandemic. Initially, all public gatherings were banned. Even as the restrictions on smaller gatherings are being relaxed, in-person meetings may continue to be prohibited for larger groups or viewed as unsafe. Some boards considered holding “virtual” meetings, with all participants attending by computer or phone. Yet, most cooperative by-laws require a meeting to be held at a “location” or “place,” thereby preventing entirely virtual meetings. Recognizing this issue, Gov. Cuomo issued an Executive Order allowing virtual shareholder meetings notwithstanding the by-laws. Although renewed several times, each extension was short term.

A new amendment to the New York Business Corporation Law (BCL), effective June 17, 2020, has resolved that problem by authorizing Boards of Directors to determine that the “place” requirement will be satisfied by a virtual platform or other means of electronic communication. This amendment will be in effect for the duration of the COVID-19 state disaster emergency declared in March. If the emergency is not resolved by Dec. 31, 2021, the amendment will expire. While practical issues with conducting entirely virtual meetings remain, any legal questions as to the requirement that meetings be held at a “place” are now removed.

In late 2019 (before the pandemic began), the BCL was amended to allow  shareholders to participate in meetings by electronic communications and deeming that participation “presence” at the meeting for all purposes, including quorum and voting. This new amendment builds on that authorization by permitting and establishing guidelines for entirely virtual meetings.

This advisory is specifically written for cooperatives.  Those interested in virtual meetings in condominiums should review the Special Note About Condominiums below.

The law gives broad discretion to the Board of Directors of the corporation to select the platform/service through which the virtual meeting will be held and to establish procedures for the conduct of the meeting. The following are decisions that Boards wishing to conduct a virtual shareholder meeting will need to make:

Among the considerations in selecting the platform are the number of expected participants, the ability of the Board to control audience questions and comments and regulate discourse, and the ability to display documents presented at the meeting. The nature of the business to be conducted, the agenda and the number of simultaneous participants will determine which platform is most suitable. Boards should also consider the likely ability of the shareholder population to be comfortable with and have access to the computers or other devices through which the meeting can be attended in selecting the methods of electronic communication to be used.

Advance nominations have a variety of benefits. They allow the circulation of proxies with the names of the candidates printed on them and eliminate the logistical problems for voting that are created by nominations taken only from the floor of the meeting.

The notice should give the time and date of the meeting, state that the meeting will be conducted as an entirely virtual meeting, and explain the process for attending and voting, including hyperlinks, dial-in numbers and other information which will allow shareholders and proxyholders to join by computer, phone or other means of electronic communication. It is recommended that any notice given electronically be accompanied by a proxy and a calendar invite with a link to the electronic meeting site, so as to make connecting to the meeting easier.

The BCL permits the use of electronic proxies, provided it can be ascertained that the shareholder actually sent the proxy. What will constitute sufficient information to ascertain that fact will depend on the circumstances. Use of the authorization form referenced above should be sufficient.

We recommend that the meeting notice materials include a “directed proxy” with the candidates’ names listed (aka a proxy with voting instructions) that directs the proxyholder how to cast the shareholder’s votes. This way, the shareholders can complete and sign the proxy and return it by mail, or scan it (or take a picture of it) and transmit it electronically to management or an election company, if one is running the meeting. Since it is a proxy whereby the shareholder specifically directs the proxyholder how to vote, the shares must be voted as directed. As a result, the person named as proxyholder can be someone from management, the lawyer for the building, or even one of the officers as the proxyholder will have no discretion on how to vote the shares. In order to encourage shareholders to vote early, so as to facilitate tabulating whether a quorum is established even before the meeting commences, it is usually preferable to name management.

Interestingly, the law would also permit another form of proxy. If a scanner is not available, the law would permit the recipient of the Notice of Meeting by email to simply reply (or send a separate email from a known email address) as follows: “I hereby name Joe Jones as my proxy to act on my behalf at the 2020 Annual Meeting of Acme Tenants, Inc. to vote as follows: Alan Ace and Bob Bones.” Under the BCL, this would be an acceptable proxy and is probably the best method for shareholders who do not have access to electronic equipment other than a smartphone.

If the majority of the shareholders utilize proxies, establishing a quorum should not be difficult, or different from an in-person meeting. However, if there is no quorum prior to the meeting (through proxies), there may be an issue establishing a quorum. For those using a platform (such as Zoom) that allows for video, those attending are typically identified at the bottom of screen, and the secretary of the meeting or the inspector of election will have to carefully monitor those in attendance or call the roll to determine whether a quorum has been established. These methods are certainly awkward and time consuming. Thus, the use of proxies is preferred.

Nominations from the Floor

While it is highly recommended that nominations take place prior to the meeting, some by-laws are silent on this issue. In the absence of a nomination procedure in the by-laws, most legal commentators agree that nominations must be taken from the floor. If nominations are to be taken from the floor, there should be an announcement at the appropriate time that nominations are now open and an explanation of the method for making a nomination. This may include texting or emailing to a specified number or email address, or even recognizing a shareholder who is seen on the video screen to be raising their hand. Whatever the method, the instructions for making a nomination should be clearly stated and all shareholders and proxyholders afforded the opportunity to nominate candidates. Similarly, the closing of nominations should be announced before proceeding to the vote.

As noted above, voting by proxy has great benefits, and is preferred. However, as to those individuals who cannot or who refuse to use a proxy, the new BCL amendment allows the Board to create a procedure for electronic ballots. Thus, during the meeting, it would be possible that persons who wish to vote could send an email or text to the inspector of election simply stating, “I hereby vote for Alan Ace and Bob Bones for the 2020 Board of Directors Election for Acme Tenants, Inc.”

If an election company is used, it may also be possible to cast a ballot at a website set up for this purpose. It should be noted, however, that in our experience, the election companies cannot change the names on the ballot to accommodate nominations taken from the floor, but rather must have all the names in advance to set up the website.

In light of the new provision of the BCL, the difference between an electronic ballot and an electronic proxy has been greatly reduced. The major difference is that the proxy (including the manner in which the shareholder has voted) is seen first by the proxy holder and then the person counting the votes, whereas the ballot is seen only by the person counting. However, the voting result is the same.

It is common at a meeting of shareholders to end with a Q&A session whereby shareholders can not only ask questions, but also comment on issues relating to the cooperative. If Zoom or a similar platform is utilized, people can “raise their hands” to be recognized and a moderator can unmute them as they are recognized.

For those who call in, or do not want to use the raise your hand feature, boards can set up a phone number or email address where shareholders could send their questions. The person receiving them would then read the questions or comments for all participants to hear. This method would likely be best for those who are not comfortable using computers.

The Board should work closely with the provider of the platform to determine which method would best serve its shareholders.

There are now a number of companies that will provide services in regard to virtual meetings. Each one has its own method of conducting a meeting, and often does not precisely conform to the outline above. As noted, boards have been given great discretion in establishing methods and procedures for the meeting and election, and any number of methods will allow the meeting to take place in a reasonable, fair and legal manner. It is highly recommended that discussions with the company providing the platform begin very early in order to properly establish the process and procedures.

The BCL governs corporations. While virtually all cooperatives are corporations and governed by the BCL, condominiums are not corporations. They are organized under the Real Property Law which leaves to the condominium declaration and by-laws the details of the procedure for calling and conducting unit owner meetings, including the annual meeting for elections to the Board of Managers. The BCL amendments adopted to address COVID-19 do not extend to condominiums. However, courts asked to rule on governance questions in condominiums often analogize to corporations and apply the rules and policies of the BCL in resolving these issues.

We would expect this to be a situation in which the courts will extend to condominiums the same rights to conduct entirely virtual meetings as are available to cooperatives. Of course, no assurance can be given that the courts will adopt this point of view, but given the emergency nature of the conditions giving rise to the recent amendments and the inability of condominiums under current government regulations to satisfy the physical meeting requirements typically found in condominium by-laws, we consider it reasonable to proceed as though the BCL amendments extend to condominiums. (back to top)

Attorneys in Armstrong Teasdale's Cooperative and Condominium Law practice can assist boards with all aspects of scheduling and conducting virtual shareholder meetings, including the drafting of meeting notices and proxies, devising meeting procedures, and engaging an election company, if desired. 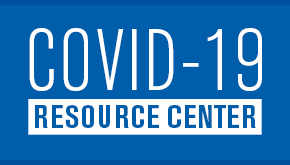