On April 6, 2022, the Missouri Court of Appeals issued an opinion that reaffirmed the longstanding view in Missouri courts that a deed may only be reformed because of a mistake, if such mistake is mutual in nature. In Singleton v. Singleton, et al., in an unpublished opinion, the Missouri Court of Appeals held that a mistake is purely unilateral (i.e., a mistake of the grantors) when a scrivener acts under the sole direction of the grantors, without any direction from, and in the absence of, the grantees. While not espousing new law on unilateral or mutual mistakes in deeds, this opinion serves as a cautionary tale when finalizing and executing estate planning documents, such as deeds.

In Singleton, the testator (person making a will) and her husband hired an attorney to prepare and record two deeds for their two tracts of land, granting a life estate to themselves and a remainder interest to their three children. The attorney drafted the deeds, the testator and her husband signed both deeds at the same time, and the deeds were recorded. Many years later, after both the testator’s husband and one of her three children had passed, the testator noticed a mistake in one of the deeds. To correct the mistake, the testator filed a lawsuit to reform or set aside the deed because it was incorrectly prepared in that she did not intend for the deceased child to receive a remainder share in both tracts of land, but just one. The attorney who prepared and recorded both deeds testified that his office made a mistake and confirmed that the testator and her husband had asked him to draft the two deeds, but only one of the deeds was to declare the now-deceased child as the remainderman, not both. The reformation action was contested by the testator’s grandchildren (the children of testator’s now-deceased child).

The trial court allowed reformation of the incorrect deed to exclude the deceased child, and the testator’s grandchildren appealed the ruling. In reversing the trial court’s judgment and remanding back to the trial court with directions to enter judgment denying the testator’s reformation claim, the Missouri Court of Appeals found that, in the absence of fraud, deception or other bad faith activities by other parties, a unilateral mistake (i.e., here, one made only by the testator/grantor and not by the deceased child/grantee) in a deed cannot be reformed. “The law permits reformation of instruments to reflect the true intention of the parties when the error has arisen by the unilateral mistake of one party and that mistake is accompanied by clear and convincing evidence of some sort of fraud, deception or other bad faith activities by the other party that prevented or hindered the mistaken party in the timely discovery of the mistake.” Because the deed at issue here was prepared at the sole direction of the testator and her husband, with no direction, nor in the presence of the grantees (i.e., the now-deceased child), the mistake in the deed was solely the mistake of the testator and her husband. There were no facts in Singleton evidencing fraud or clear evidence of a unilateral mistake, therefore the Court determined there was no legal basis for reforming the deed. As a result, the intentions of the testator in her estate plan were not able to be carried out because of a missed error.

Singleton makes clear that Missouri courts view the reformation of a deed as an “exertion of the most extraordinary power of a court of equity, which ought not to be exercised except in a clear case”. This case should be viewed as a lesson in estate planning in that, even under the watchful eyes of a trusted attorney, mistakes can happen. Thus, the importance for testators to review documents and confirm all information is accurate before signing cannot be understated. Ultimately, it is the testator’s wishes and intentions that form the basis of an estate plan at stake, and as such, outcomes like the one seen in Singleton can be avoided by playing an active role in protecting estate planning intentions by looking over all documents before signing. 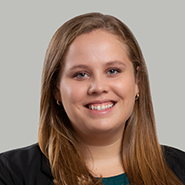 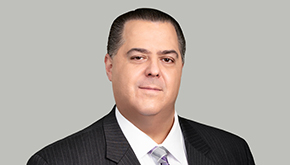