A panel of arbitrators ruled in favor of WideOpenWest on dueling breach of contract claims after WideOpenWest terminated its agreement with ad partner Viamedia in the midst of the COVID-19 pandemic.

Armstrong Teasdale represented WideOpenWest, a.k.a WOW!, a cable TV, internet and phone provider. Viamedia, a self-styled provider of “local cross-media advertising solutions,” had entered into a revenue sharing agreement with WideOpenWest in which it purchased and resold WideOpenWest’s cable TV advertising availabilities in certain U.S. markets.

In April, citing the pandemic, Viamedia stopped sharing ad revenue with WideOpenWest, spawning a payment dispute and ultimately leading WideOpenWest to terminate the parties’ agreement, which was not set to expire until the end of 2022. After Judge Victor Marrero of the Southern District of New York denied Viamedia’s request for a TRO reinstating the contract, the parties took their dispute to arbitration under a contract provision mandating an expedited, 60-day proceeding.

In the arbitration, Viamedia contended that the pandemic, as a force majeure event, excused its failure to pay WideOpenWest. According to Viamedia, WideOpenWest therefore had no right to terminate the parties’ contract, which allowed for termination in the event of the other party’s material breach. Viamedia also accused WideOpenWest of harming its reputation by informing advertisers that it was replacing Viamedia with new ad partners.

Following a two-day evidentiary hearing by videoconference, the panel found Viamedia liable for breach of contract and awarded WideOpenWest nearly $3 million in damages, plus attorneys’ fees and costs. The panel denied Viamedia’s claims for specific performance or $18 million in lost profits, finding that WideOpenWest properly terminated the parties’ agreement. The panel also rejected Viamedia’s claim that the pandemic was a force majeure event under New York law, finding that such provisions “are limited to their terms, and here it does not appear that the parties intended to cover any episode like the pandemic.” Additionally, the panel rejected Viamedia’s claim that WideOpenWest’s reasons for terminating the agreement were a pretext, concluding that WideOpenWest “had justifiable concerns that Viamedia would not be a reliable partner heading into the election season, a critical time of the year for advertising revenue.” 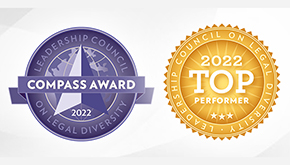 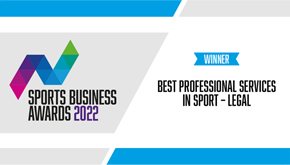