Served as counsel to various plaintiffs in Delaware Chancery Court for numerous books and records actions that led to recoveries from foreign companies that failed to comply with reporting obligations.

Served as lead bankruptcy counsel to teamsters and a transportation industry pension fund in bankruptcy cases.

Served as representation for landlord and committee member in the bankruptcy cases of a Massachusetts-based pizza restaurant chain.

Delaware counsel to the Official Committee of Unsecured Creditors in the bankruptcy cases for a specialty pharmaceutical company. 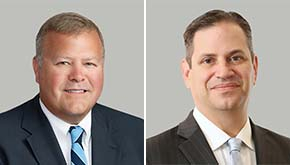