Secured a $19.5 million verdict for a prominent Miami physician and part owner of a family drywall business in Colombia, in a two-week jury trial regarding attempts to deprive the client of his 33.33% interest in the business.

Led a litigation team during non-jury trial resulting in a $4.4 million judgment for client, the largest operator of membership warehouse clubs servicing Latin America (Central America, the Caribbean and Colombia), related to a defective concrete slab floor in their 300,000-square-foot warehouse in Medley, Florida, which ultimately required complete removal and replacement of the floor.

Defeated Prior Owner in Bid for Historic Mansion

Successfully defeated a claim by a prior owner to retake one of the few remaining historic mansions along Miami’s Brickell Avenue in a prolonged trial with millions of dollars at stake.

Defended auto parts assembler against breach-of-contract and indemnification claims arising from the large-scale safety recall of a sedan that cost its automaker $25 million. A jury in Oakland County, Michigan, agreed that the client’s assembly process did not cause the defect that led to the recall and rendered a no-liability verdict on the claim after a five-week trial, held just miles from the automaker’s U.S. headquarters.

Led a litigation team to secure a $26 million jury verdict for client and developer in a protracted case brought by an adversarial homeowners’ association fighting to stop the development of a luxury condominium project in Aventura’s Dumfoundling Bay. The case won recognition as No. 7 in the “Top 10 Verdicts in Florida” in 2018.

Won a multimillion-dollar jury verdict award on behalf of insurer against its insurance brokers for failure to properly protect the interests of its fiduciary concerning its insurance needs.

Led litigation team to win a crucial victory for a financial services firm, turning away a $5 million whistleblower claim against them.

Secured a jury verdict of over $20 million and $4 million in punitive damages against defendants regarding fraudulent activity by joint venturers concerning a failed hotel resort project in the Bahamas. The case won recognition as No. 4 in the Top 10 Verdicts in Florida in 2014.

Secured a spoliation of evidence order and “adverse inference” against any claim for liability at a jury trial in a $45 million claim against the property manager, termite company and other parties affiliated with a residential apartment complex near the University of Central Florida.

Served as lead counsel to the government of a Central American country in an International Chamber of Commerce arbitration, which involved complex design and engineering issues for combustion gas turbines. As a result, secured for clients an award in excess of $13 million against the second-largest corporation in the United States. 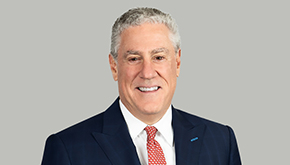