Secured the dismissal of a consumer protection and class action lawsuit against a major sporting goods and outdoor equipment retailer filed in the U.S. District Court for the Western District of Missouri. The matter specifically involved claims of alleged violation of the Missouri Merchandising Practices Act, unjust enrichment, and violation of consumer protection laws in 21 other states. The plaintiff sought to represent a nationwide class of customers seeking millions of dollars in damages for alleged violations of various states consumer protection statutes. The court granted the client’s motion to dismiss, and the plaintiff did not appeal or seek leave to amend.

Defended client in a premises liability action where the plaintiff claims she was injured after tripping in the client's parking lot. A jury trial held in Jackson County, Missouri. Jury returned a complete defense verdict.

Won the largest 2014 defense verdict in Missouri on behalf of a gas company in a $30 million furnace explosion case. The ranking was reported by Missouri Lawyers Weekly. 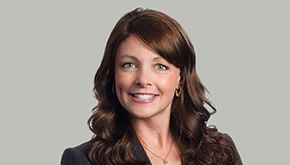